The goal of veterinary research is helping pets maintain happy and pain-free lives so owners and their animal companions can share more quality years together. New drugs for dogs are continually being tested and approved.

Two recently tested and/or approved formulations show a great deal of promise in making your dog live a healthier and less freaked-out existence:

Possible new "fountain of youth" for humans and canines

Dogs can be valuable test subjects for anti-aging research, since they live in similar conditions to humans, yet they age much faster. The effects of medicines and other treatments on aging can be observed and measured more quickly than with human subjects.

For this reason, a University of Washington biologist decided to use dogs to test the theory that a drug called rapamycin could reverse or delay aging in mammals. Clinical trials had shown the drug led to an increase in lifespan of mice, so he decided to test a small number of healthy dogs to see if there was any measurable improvement in their vital signs.

He was amazed to discover that after ten weeks, some of the least healthy dogs showed improvement in cardiac functionality. Results concluded that in this clinical trial, rapamycin—an immunosuppressive drug that helps regulate cell growth—either improved or did not reduce heart health in canines. More tests need to be conducted, but this is promising.

When the boom is the boogie man

If you have a dog that's scared of thunder, fireworks or any loud noises, you know how heartbreaking it can be. Some dogs shake, others hide, and others may even run away from home when they become overcome with terror or disoriented.

There are 70 million dogs in the U.S., and one third of owners report that fear of noises is an issue with their pups. Now a new drug called Sileo is being hailed as a breakthrough treatment for trembling doggies.

All you do is place a needle-less syringe between the dogs lip and gum line and push the plunger to apply a small bit of gel. Within 30 to 60 minutes, your pup is calm for up to three hours, which should be long enough for most storms or fireworks shows to finish. There are two doses for larger dogs and up to four doses for smaller dogs in each syringe, which cost around $30 each. 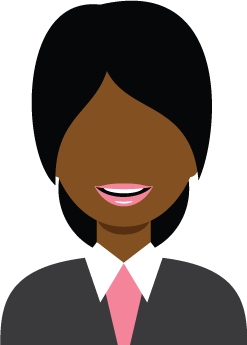 Hello, my name is Georgina. Welcome to my website about rodent pets. When I moved out on my own, I was only allowed to have caged animals as pets. At first, I was unsure, but after adopting my two rats, I realized what amazing companions they can be. I taught my rats how to stand on their hind legs for food, run up and down ramps on command, respond to their names and even walk through hoops. I am hoping that I can share my knowledge about rodent pets to help other people bring these fun creatures into their lives. Thanks for visiting my site.